You can donate funding to Hopewell by going to Tithel.y.com or downloading the Tithe.ly app off the Apple store or Google store. Once you have installed the app, then search for Hopewell Baptist church Canton, GA  near you. Select Hopewell Baptist Church.

Or you can click on the link below. The link is our specific donation link with Tithe.ly.

Just a reminder-  We will be broadcasting via our live streaming audio at 10 AM!  Sunday school is from 9:00-9:45 PM.   Pastor Kevin will broadcast his message live on youtube.com

Also on Wednesdays, We have dinner at 5 pm rsvp only.  Wednesday nights at 6:30 PM in the Youth Gym.

Other news and notes

The church offices are now open Monday-Thursday from 9 AM-1 PM.

Prayer requests can be sent to This email address is being protected from spambots. You need JavaScript enabled to view it. 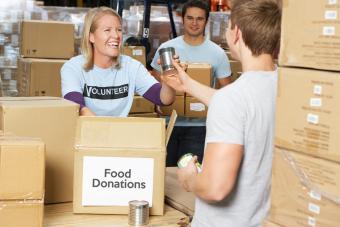 Hopewell Baptist Church is seeking to start a food ministry of providing food for needy children. We will be needing volunteers to help pack backpacks for weekly distribution on Fridays so children can take home backpacks with food for the weekend.

We will also play to coordinate with a local food bank and a local school to make food provisions available to help feed the needy children.

Hopewell Baptist Church is a family of believers with the following beliefs:

God—We believe that there is one God who exists in three persons: the Father, the Son, and the Holy Spirit.

Jesus—We believe that Jesus is the Son of God, was born of a virgin, was wholly God and wholly man, lived a sinless life, died in our place as a sacrifice for the sins of mankind, was buried, arose bodily from the grave, and ascended into Heaven.

Holy Spirit—We believe that God the Holy Spirit is active in convincing unbelievers of their need for salvation, and is the Comforter and Guide Who lives in every believer.

Bible—We believe that the Bible is the Word of God without any error, the sole authority for life and faith.

Man—We believe that man is a special creation of God, made in His image, but that through the sin of the first man, Adam, mankind fell so that all men are sinners and need salvation.

Salvation—We believe that salvation is a gift received through repentance toward God and faith in the Lord Jesus Christ.

Assurance—We believe that every person who is truly saved is eternally secure in the Lord Jesus Christ.

Baptism—We believe that water baptism is an act of obedience to the command of Christ and is by immersion after salvation.

Church—We believe that the church is a local body of baptized believers with the Lord Jesus Christ as the Head.

Prayer—We believe that each believer has direct access to God through the Lord Jesus Christ.

Government—We believe in the separation of church and state, but not in separation of God and government. Christians are salt and light in society.

For a clearer understanding of this, follow this link to the Baptist Faith and Message of the Southern Baptist Convention.

Lead Pastor - Pastor Kevin Huff became pastor of Hopewell in February 2022. Pastor Kevin and his wife Tina became believers as a result of the outreach ministry of Hopewell Church. They have served together since December 1993. Tina serves as the Children's director reaching the next generation by teaching children the Truths of God each week. Kevin and Tina have two daughters, Jessica and April who are married and have blessed the Huffs with 9 wonderful grandchildren.

Pastor Kevin has an earned degree B.A. from Florida Baptist Theological College. He has pastored Churches in Florida, North Carolina, and Canton, GA. His messages are biblically based and passionate. Pastor Kevin preaches to see lives changed by God's mercy and grace.

Pastor Kevin personally invites you to join us for Bible study and worship on Sunday mornings and Wednesday evenings for dinner and study in God's word.

Associate Pastor - Pastor Victor Benavides join the staff at Hopewell in May 2022. He and his wife Melea are excited to serve and minister at Hopewell. Victor has served in ministry for over 25 years. He has served as adjunct faculty for a Baptist seminary and guest lecturer for other southern Baptist seminaries. He also served on two mega Church staffs and several other churches as associate pastor, interim, and intentional interim pastor in metro Atlanta.  Pastor Victor served with the Billy Graham Evangelistic Association in campaigns nationally for seven years. Victor served Southern Baptists with the North American Mission Board for over ten years.

Pastor Victor and Melea have a son who serves as the President of the School of Ministry. He is married to Alisia Chandler. The Benavides have four wonderful grandchildren.